Skycop wins against Smartwings in court: after dodging compensation to its passengers, airline is obliged to pay even more

In late 2018, two flights headed from Lithuanian capital of Vilnius to the popular Egyptian holiday destination Marsa Alam were delayed for more than 6 hours. When more than 160 passengers were left stranded at the airport, a year-long battle between the airline and its passengers began. The outcome of this battle had to change the profoundly illicit approach air carrier had when it came to its obligations for disrupted flight passengers.

Still, even after losing in court, which ordered to pay nearly €70 000 in disrupted flight compensations for more than 160 passengers, the Polish charter company SmartWings Poland, which has been operating these flights, continues to evade its responsibility for even more holidays it has ruined.

The passengers of those disrupted flights from Vilnius to Marsa Alam have purchased travel packages from travel agency ITAKA Lietuva, which, in turn, have purchased charter flight service from SmartWings Poland, operating under the brand of Travel Service.

Under the Regulation (EC) No. 261/2004, every passenger of the flight which was delayed and arrived at its final point of destination later than 3 hours after the scheduled time, is entitled to a disrupted flight compensation from the airline. That applies regardless of who has booked the flight - or if it was booked directly from the airline or via a travel agent.

“Charter airlines usually are more reluctant when it comes to paying a disrupted flight compensation” – says Lukas Raščiauskas, CEO at Skycop, the flight compensation company which finally took SmartWings Poland to court. – “It is common for such airlines to take advantage of the fact that most passengers do not buy flight tickets directly from the carrier, so in the event of any travel disruption, they believe it’s the travel agent who is responsible for any turmoil they faced during the long-awaited holiday.” – says Mr. Raščiauskas.

Under the Regulation (EC) No. 261/2004, every passenger of a disrupted flight in which distance is between 1500 and 3500 kilometers is entitled to a compensation of €400 from the airline.

The air carrier could be exempted from such responsibility only if the flight disruption was caused by extraordinary circumstances – something that was completely out of the airline’s control. Such extraordinary circumstances could be related to unfavorable weather conditions, bird strike or operational disruptions either at the departure airport or at the point of destination.

“However, the data we have gathered clearly indicates that it was the technical malfunction of the aircraft, which led to flight delays in question.” – Mr. Raščiauskas points out. – “Such circumstances are considered to be the sole responsibility of an air carrier. Therefore, no exception could be applied to SmartWings Poland when it comes to compensation for the disrupted flights’ passengers.”

Some of the passengers from both flights tried to contact the air carrier directly – as it was obvious for them that they are entitled to flight delay compensation. But as the airline was uncooperative – to say the least – such passengers finally filled their disrupted flight compensation via Skycop.

The uncooperative air carrier has to pay even more

Still, even when Skycop gathered evidence of the air carrier’s responsibility for flight delays in question and demanded compensation on behalf of more than 160 passengers, SmartWings Poland refused to pay - so legal proceedings were initiated. Skycop sued SmartWings in court - which finally obliged the airline not only to pay the disrupted flight compensation but also reimburse litigation costs.

“If SmartWings Poland would have been cooperative and responded to our legitimate demands, it would have hurt them much less, but now it’s clear that they haven’t learned their lesson,” says attorney at law Nerijus Zaleckas, representing the interests of Skycop and air passengers. “Now we have claims for at least another 120 passengers, for whom this airline is again refusing to pay compensation for disrupted flights. One lawsuit has already been filed in Lithuania, but it is in our plans to go to court in Poland again. Such evasive actions are very rarely taken by any airline, but our aim is to make certain that air passengers’ rights are ensured all around the world – by every air carrier, no matter if it’s a regular scheduled or charter airline.”

Skycop is one of the leading European flight compensation companies. It has embarked on a mission to make sure that every single passenger, which experienced flight delays, cancellation or overbooking, gets his compensation from airlines. The team of highly trained professionals with more than 10 years of experience in aviation, legal and finance business made claiming compensation straightforward for all passengers who are unsure of their rights, lack the time or expertise.

When Is A Flight Disruption The Airline’s Fault?

Ryanair fined for inappropriate behavior at court in Lithuania

Everything You Ever Needed to Know About Skycop and Flight Compensation

Wizz Air cancels hundreds of flights to Italy – and decides to hide one crucial ... 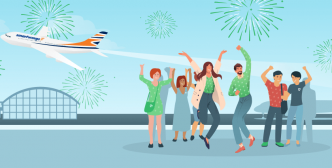 Skycop wins against Smartwings in court: after dodging compensation to its passengers,... 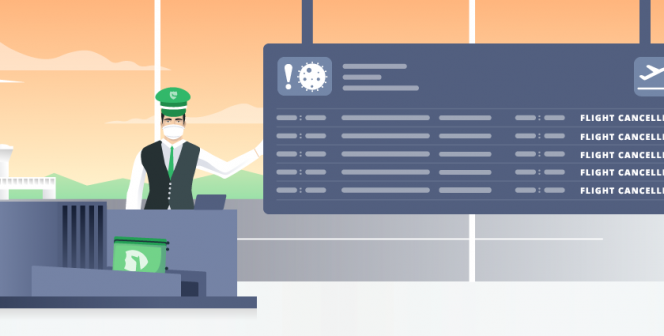 Flights to China cancelled due to Coronavirus: which airlines have suspended their fli... 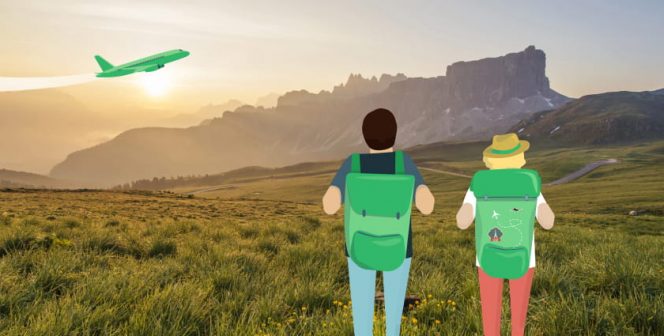 Ecotourism and other ideas for environmentally friendly travel

Is your luggage missing or damaged? Here’s what to do 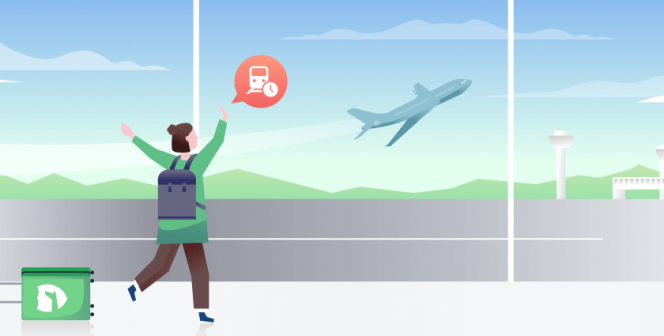 Missed a flight because of a train delay? Here’s what to do