The days of the Concorde and Tu-144 are long gone. Buried under fears of accidents, operating costs and sound pollution, the supersonic passenger aviation is dead. Or is it? Here are five projects that can bring supersonic commercial aviation – and the fastest commercial planes – back into reality! 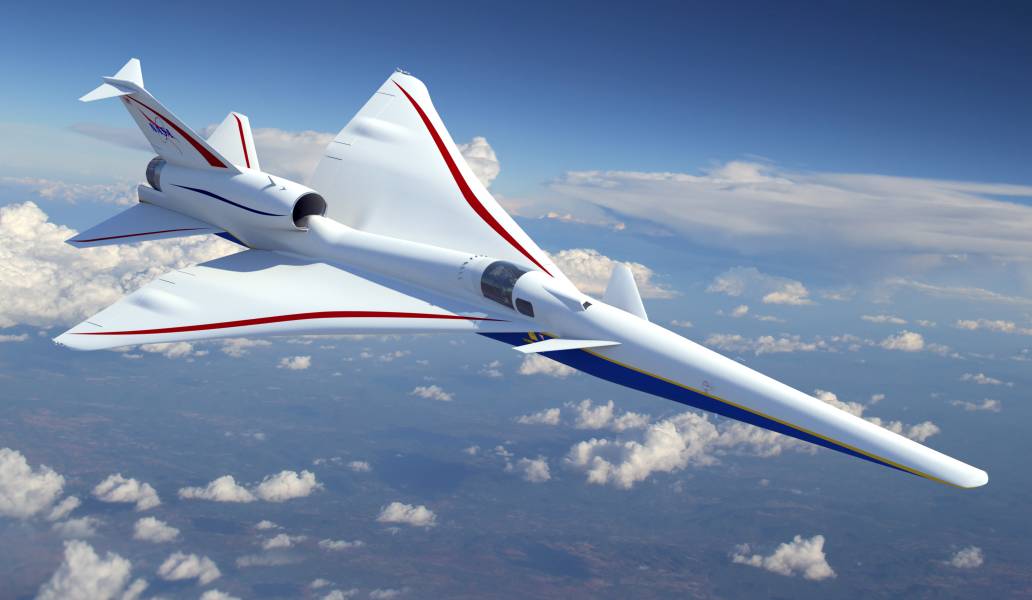 OK, so NASA isn’t in the business of building passenger jets. But the agency has always been interested in aviation research, with X-59 QueSST being one of its newest projects. One of the things that QueSST is aiming to achieve is to make faster-than-sound travel quiet. Long before Concorde experienced a fatal crash, the plane was forbidden from taking overland routes because of the loud boom that follows going supersonic.

That was but one of many nails into the coffin of the fastest passenger jet, Concorde. With the supersonic jet X-59, NASA may remove this hurdle, and the technology can then be used to make commercially viable supersonic passenger jets. Instead of a single, loud sonic boom, a plane shaped similarly to X-59 would produce two “thumps” that would be a lot more silent. 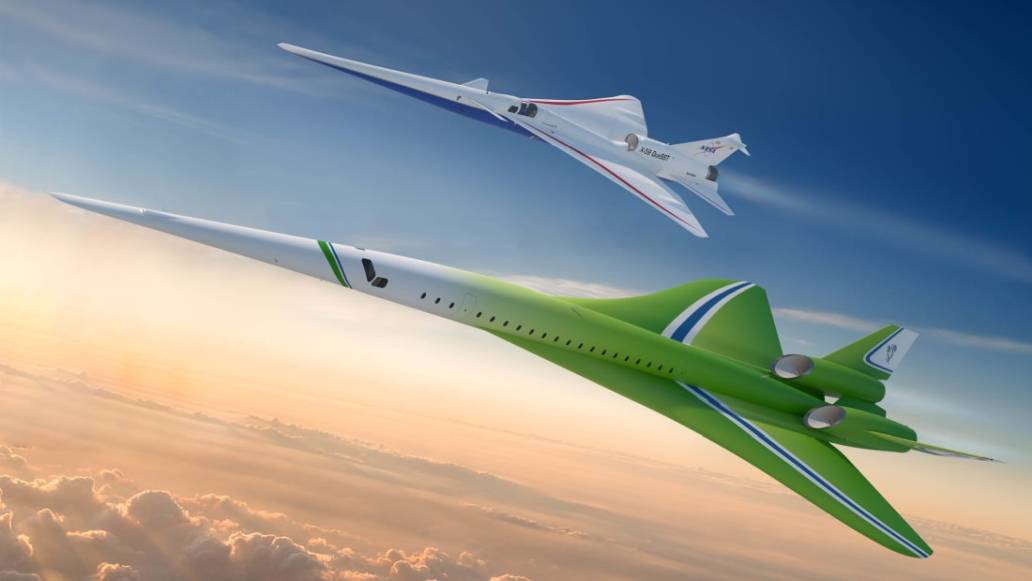 Behind every great technological product produced by a corporation stands a government-funded RnD project they’d like you to forget. NASA is currently paying LockMart $247.5 million to build the X-59. Meanwhile, engineers at the corporation’s Skunkworks are already showing concepts for Quiet Supersonic Technology Airliner.

Of course, it’s not going to be a supersonic Boeing 737. At this point, QSTA is planned to seat 40 passengers on the aircraft to take them on supersonic speed flights. The architecture of the plane – inspired by or inherited from X-59 – would have a delta wing (like Concorde) and a super-sharp nose to help shape the shockwaves to transform booms into thumps. Unlike in the Concorde, the nose wouldn’t droop to give pilots the necessary visibility on the ground – “forward visibility systems” (I assume that’s fancy-speak for “cameras”) would transmit the information necessary for landings to the cockpit. 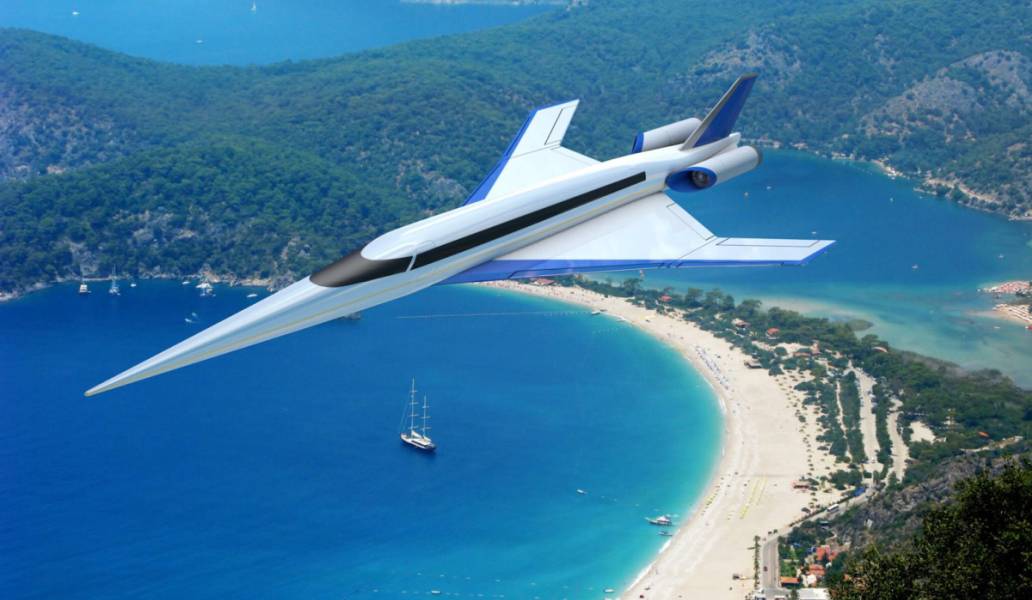 Spike Aerospace is one of the few companies that exist solely to make supersonic passenger jets a reality. Their project, the S-512, has several notable quirks. For example, unlike QSTA, it will not have windows for the passengers. Instead, the view from the outside will be provided by cameras and shown on thin, curved displays lining the interior of the hull.

Projected to hold only 18 passengers, S-512 would be closer to a supersonic business jet than a passenger aircraft. It was planned to have demonstrators flying by the end of 2018. Plans from the same year indicate that that S-512 is expected to fly by 2021 and deliveries are to start by 2023. The company has looked into making a 40-50 seat version, which would make S-512 closer to a real passenger airliner. 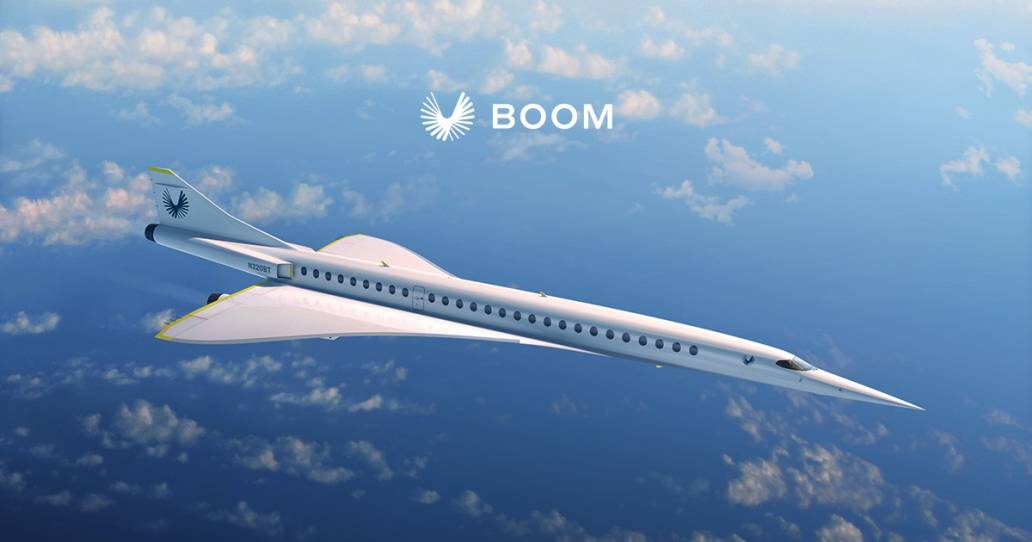 Boom Overture is marketed as the first independent supersonic passenger jet. The design constantly draws parallels to the Concorde project, aiming to deliver Mach 2.2 in a fashion that’s more economical and friendlier to the environment. Notably, there’s no impulse to make it silent; having the plane be about as loud as a your common widebody airliner is considered to be enough. It is expected that transoceanic flight (with about 500 possible routes) will be enough of an economic niche to make the jet viable.

But before Overture can take flight, a prototype has to blaze a path for it. XB-1, nicknamed “Baby Boom” is a small scale prototype that’s aimed to beat the speed of sound in 2020. It will use off-the-shelf engines and afterburner to reach the required speeds (just like Concorde). Overture will require a bespoke design. Currently, Virgin and Japan Airlines have shown interest and placed orders for Overture. If everything pans out, Boom Supersonic Overture will be the fastest passenger jet in the world. 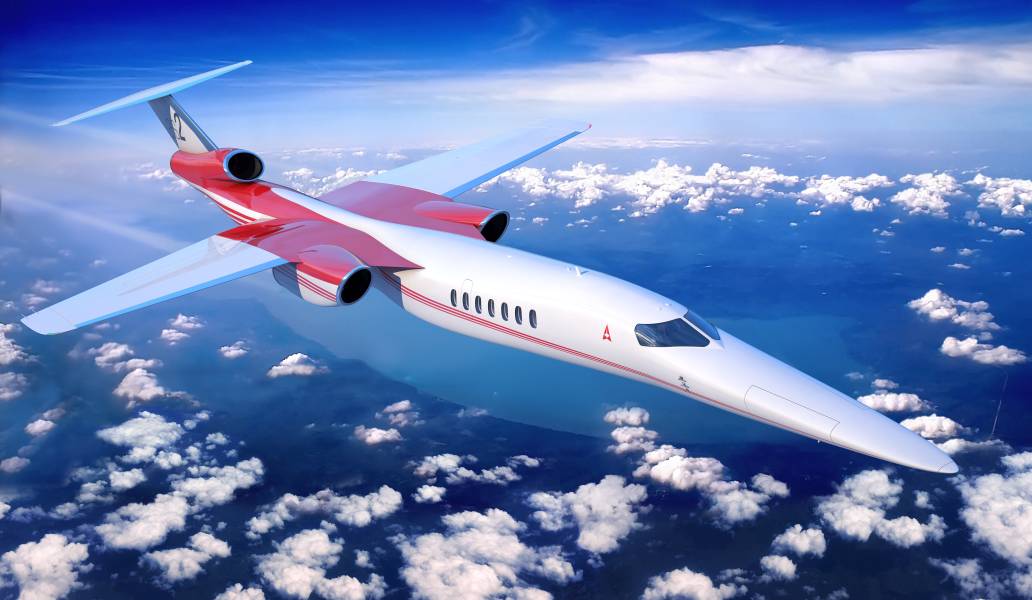 Aerion AS2 is not an independent supersonic passenger aircraft project. Aerion is cooperating with Boeing, a company you might have heard of. The project will be powered by General Electric Affinity – the first supersonic civil aviation engine in decades, designed specifically for AS2. However, this is the the one plane on the list that you’re least likely to fly (well, except for X-59) – the largest seating configuration so far suggests a carrying capacity of 11.

As such, AS2 is targeted at Fortune 500 companies, offering them great time savings for frequent continent-hopping travelers. When flying over the ocean, the plane will be cruising at Mach 1.4. Overland, the AS2 will be chugging along leisurely at 0.95 to avoid those pesky sonic booms. It’s an interesting compromise between LockMarts “let’s be quiet” approach and Boom’s “who cares, just go fast” strategy.

Supersonic or not, your flight can still experience disruptions. Technology has not found ways to completely eliminate flight delays, cancelled flights or overbooking. However, Skycop is always working on helping our clients claim compensation in ever-easier ways. Our technologies make claiming compensation (of up to €600) a relative breeze. So why not try it out? It can be the start of your “supersonic flight to New York” fund!