Summer is coming! There’s hardly a better spot in Europe to celebrate it than Greece. It offers locations that are straight out of myth. Here are some holiday locations in Greece that you can’t afford to miss!

Let’s get the big one out of the way: Athens, the capital of Greece, cannot be ignored. While the inhabitants abandoned togas and sandals literal ages ago, the city still breathes of antiquity. Visit the Acropolis, especially before the summer heat rolls in and bakes you on the stones, see the old Agora.

And that’s beside the Temple of Poseidon in Sounio or the marble stadium that hosted the first Olympics. Of course, modern Greece isn’t ancient Greece, so you can also enjoy artist installations and Mediterranean food! Besides, the Athens International Airport ranks 15th in Europe in on-time performance, so your flight is unlikely to be disrupted!

But why stay in mainland Greece if you can go to Crete? After all, if it was good enough for Minoans some three thousand years ago, it should be good enough for you! So hop on down to Chania, the island’s second-biggest city!

You mostly want to see it for the Old Venetian Harbor, hearkening back to the days when Venice was an important regional power. You may also visit the Venetian Lighthouse and the Venetian fortress (they were really strict about branding). However, Chania is still Crete, so you can lounge around on some kickass beaches, too! 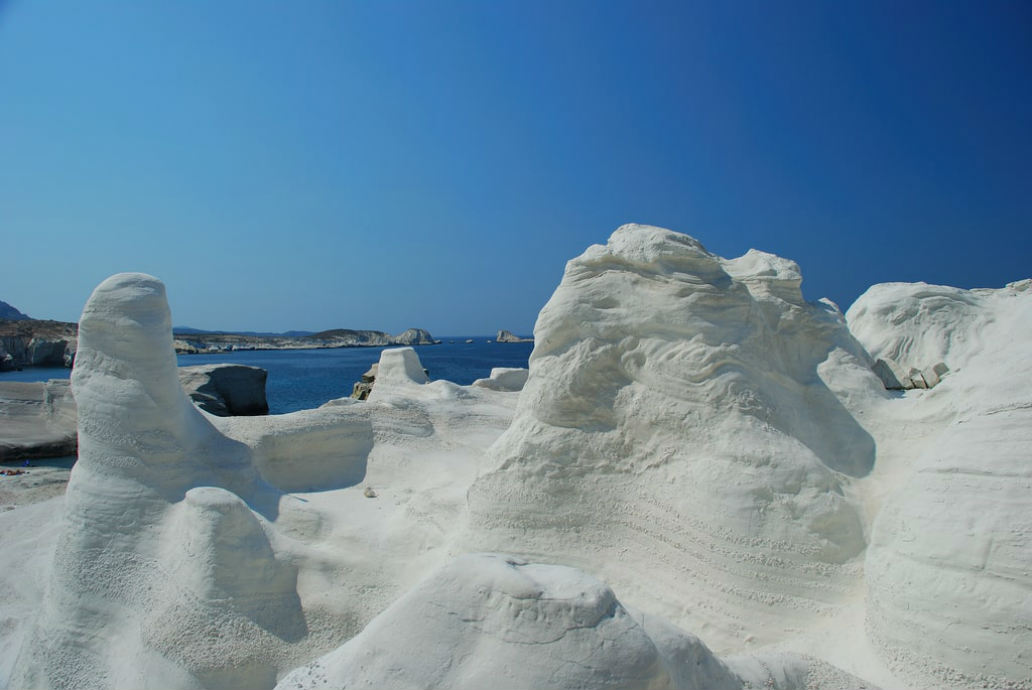 This national park is located in the region of Zagori, which itself is a part of the Epirus region of Greece (available as a Rome II: Total War DLC). Unfortunately, the recent history has not been kind to the place, and it suffered during World War II, the Greek Civil War and the flight of rural people to the metropolitan areas. Today, you can get there the easiest by seeking flights to Ioannina Airport and then seeking conventional transportation.

Vikos–Aoös National Park is thus inhabited by around 1,500 people in 4 traditional villages built in the traditional style, connected by paths and 16 stone bridges – the latter were the only ways of reaching the rest of the country before roads were built in the middle of the 20th century. It’s great for nature tourism, eco-tourism and just mucking about.

Unlike the flashier, more well known Greek islands, Milos is small, inhabited by about 5,000 people. But the Greeks reportedly love the place, so why not visit it? You can reach it by air from Athens – the flow of air passengers using Milos Island National Airport increased by 65% last year!

Once you’re down on the ground, you’ll definitely want to visit the unique Sarakiniko Beach – the white rocks there make it look like a moonscape. Choose the Firiplaka Beach if you want a more conventional experience (or are deathly afraid of Moonmen). And if you want something more cultural or historical, the Catacombs of Milos will be there for you.

No, this not a mountain range in Romania – however, it’s an island to the extreme East of Greece! Karpathos is well-isolated from the mainland, which allowed it to maintain a unique style of talk, dress and, well, most everything else. Reach it via one of the plentiful seasonal flights – though do be aware of frequent flight disruptions when flying with airlines like Vueling!

Karpathos is lousy with beaches, to the point that they can be grouped by type. There are also ruins and other historical locations, as well as a unique style of architecture. However, be careful if you plan to travel to Karpathos around August 15th – the local Assumption of Mary festival is the busiest time of the year, nearly tripling the island’s population!

Of course, flight delays or cancellations can ruin any holiday, and chances of overbooking only increase during the season! That’s why you shouldn’t forget Skycop when you fly to catch some sun (and culture) in Greece! If flight disruption falls upon you on your trip, claim flight compensation via Skycop!