Do you celebrate Easter? If so, how do you do it? I bet you think that your Easter traditions are the peak of normalcy. Well, surprise, they’re not! Each country – and even some towns – find their own twist to add to the formula. Here are some of the most interesting Easter traditions in Europe – keep them in mind if you’re travelling!

When the Easter Monday comes, the citizens of Haux make an omelette. A single omelette, that is! All of the people break and mix the eggs at their own homes. Then they meet in the town where the eggs are mixed together to produce a massive omelette.

Back in 2014, the Easter omelette consisted of 5,214 eggs, 20 litres of oil, 50kg of bacon, 50kg of onions and garlic, 2kg of salt and 2kg of pepper. However, it’s not the only town with the tradition. In 2016, the Giant Omelette Brotherhood of Bessieres used 15,000 eggs to make a giant omelette of their own! If you miss your chance to get a bite due to flight disruption, claim flight compensation and try your luck next year!

No Dancing on Easter, Germany

So, this is less of tradition and more of law. It forbids dancing and loud music on Good Friday. It’s a blanket ban that covers nearly the entire country. In Baden-Wuerttemberg, it lasts until Saturday.

You’d think this was some ancient protestant law to reign in those feisty Catholics? No, the law is only 60 years old. Naturally, since Germany is home to many people who aren’t Christians, it’s quite controversial these days. 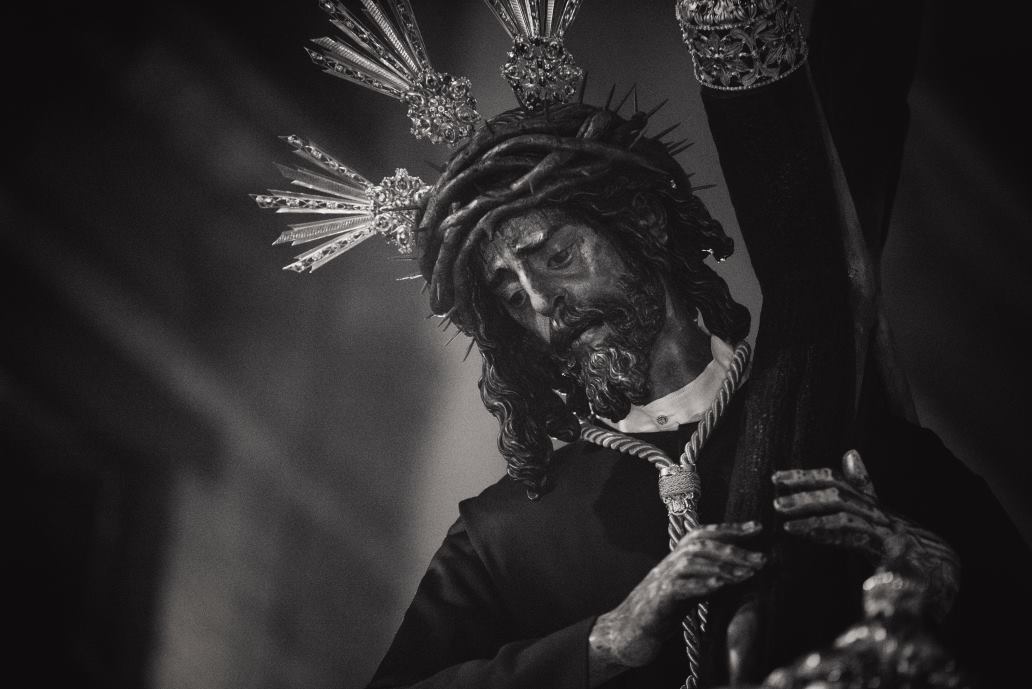 As good Orthodox Christians, the people of Corfu take Easter seriously… and throw some jugs on the streets. Some are filled with water, some are empty, come Great Saturday, they must go out the window, with joyful peals of church bells to accompany them.

Why do they do it? Nobody really knows. Some say that it’s a tradition aped from Venetians, who used to throw out old items to mark with hopes that the new year will bring replacements. Others place it at the feet of the ancient Greeks, who threw out old pitchers to fill new ones with the fruits of the new harvest season. On a related matter, the Catholics of Corfu have the pope’s dispensation to celebrate Easter on the Orthodox calendar as to not split families and communities!

The Verges Dance of Death, Spain

Easter is a celebration of the rebirth of Christ. So, of course, the good folks in Verges prepare for it by doing the Dance of Death on Maudy Thursday. It takes place during the Procession of Verges, which is the theatrical representation of life and Crucifixion of Christ.

Here’s where it gets weird. You have five skeletons dancing to the drums, two adult characters (one has a scythe with the inscription “Nemini Parco” (death forgives no-one), the other – a black flag of “lo temps es breu” (life can be short)), some children and more skeletons. Some of them even carry torches! Spooky.

You and I don’t associate Easter with witches on the regular. But the noble Fins do. That’s why their kids go around dressed like witches on Easter. They carry decorated willow wigs and exchange blessings for treats. The witches will also recite the traditional phrase “Virvon, varvon, tuoreeks terveeks, tulevaks vuodeks; vitsa sulle, palkka mulle! (“ I wave a twig for a fresh and healthy year ahead; a twig for you, a treat for me!”)

Why do they do it? Well, it’s supposedly a mix of a Russian Orthodox tradition (Finland belonged to Tsarist Russia for quite some time) where the twigs represented palm branches laid down in Jerusalem for Jesus and a Swedish/Finnish tradition of making fun of fears that witches will get you on Eastern Saturday.

The Easter weekend might be long, but flight disruptions can still ruin your plans (especially if you plan to see any exploding carts). If you fall afoul of cancelled flights, delays or overbookings, simply claim flight compensation via Skycop! With compensations of up €600, it will salvage your mood at least a little bit!

5 Best Places to Visit for Easter