“PICS OR IT DIDN’T HAPPEN,” screecheth the Internet and we humble posters respondeth. There’s no better proof of your travels than selfies (stints in foreign prisons are also hard to falsify), so why not make some at some of the coolest locations on Earth? Here are some good backdrops for your mug in 2019.

The Great Wall of China is the greatest defensive structure ever built. At 21,196 km of length, it’s about 21,196 km longer than Trump’s wall will ever be. All in all, one could consider it a good location for a selfie.

One could also go down the toboggan that permits the visitors to get off the Wall in (5th grader) style! This is probably the most unusual action selfie you can get, though I would recommend doing a video for the best results. Trust me, it will pay off if you somehow manage to go off the track.

Somewhere in the wilderness of Norway, a rock hangs wedged between two steep, nearly vertical sides of a narrow ravine. And you climb on top of it! Heck, you can do it in flips flops – I did, though it was an accident and you should definitely not repeat that. Still, there are some great views from the Kjerag rock, so why not take a selfie?

And since you’re in Norway already, why not visit the Trolltunga overhang? This tongue of the troll extends quite the ways from the side of a mountain, so you’re guaranteed to have a harrowing experience while taking a selfie. 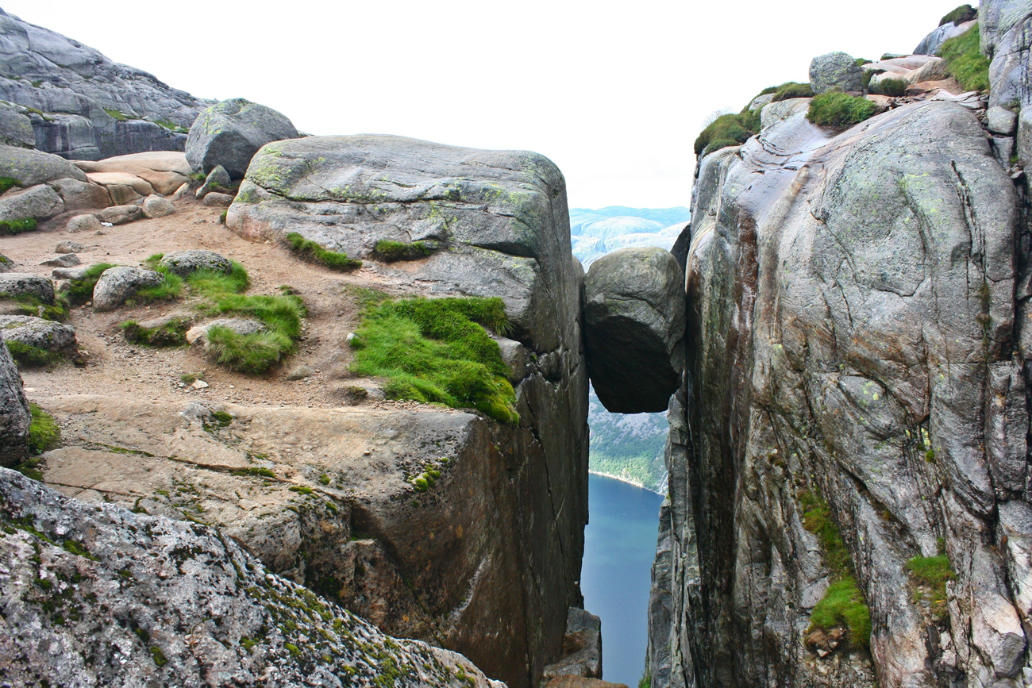 This is the annoyingly twee name of the observation deck on top of the 30 Rockefeller Plaza skyscraper in New York City. It’s not to be mistaken with Empire State Building or the Chrysler Building (that is familiar to everyone who watched Spider-Man cartoon in the 90s).

St. Basil’s Cathedral invokes images of Russia like no other building in the world, and it’s probably the most emblematic structure in Moscow. You might probably think that’s it’s called the Kremlin, which it’s not.

However, if you find yourself in Moscow, there’s probably no better structure to pose in front of to get your tourist bonafides. Afterward, you can actually go see Kremlin if you like.

2. Hall of Mirrors, Palace of Versailles

The French are very good at chopping off royal heads and preserving the riches they left behind. That’s why Versailles is such a great destination to visit. Louis XIV of France, the Sun King, ordered the construction of this amazing palace. And there it stands, drawing in more visitors yearly than the Eiffel tower.

And there’s probably no better place to take a selfie than the Hall of Mirrors. After all, mirror selfies are a staple of the genre, and this place like no other is purposefully saturated with mirrors. So if there’s one place where not using the front-facing camera is justified, it’s here.

Do you know of many massive construction projects that started out in 1882 and haven’t finished yet? That’s Sagrada Familia to you. Yet even unfinished, this church in Barcelona is probably one of the most impressive Catholic buildings around the world. Get there before Catalonia secedes or something.

And that’s just a tiny sampling of the places you can go! Meanwhile, flight delays, cancellations, and overbooking are a good sampling of the things that could go wrong on your trip. Don’t let them get you down. Get back at the airlines by claiming flight compensation on Skycop! A successful claim can fetch a compensation of up to €600. I bet you could buy some space-age carbon-nanotube free-range selfie sticks for that much money!