6 Soviet Relics to Visit This Spring

Fantasy and sci-fi games are chock-full of ruins of fallen empires. It’s a little difficult to do that in real life since most of those places are already tourist traps. However, the Soviet Union and the Warsaw Pact perished only recently and you can still visit relics that it left!

Television towers are a fairly usual tourist spot all over the world and they all offer vaguely similar experiences. However, Žižkov television tower is different… in a bad-way. This building in Prague is a remarkably ugly structure, a rejected Epcot Centre mockup made of sticks and boxes wrapped in tinfoil.

The Czechs couldn’t just leave it be, however. A rogue artist and outspoken critic of Soviet communism attached giant crawling babies (with barcode faces, because of art) to the tower. While they were initially removed, they eventually became a permanent fixture. They had been taken down for renovation in 2016. Today, the tower hosts a restaurant, a hotel suite, and even a golf course. And since Prague is inside the EU, you can travel safely with the knowledge that your flight disruptions are likely to be compensated!

When the Nazis occupied Serbia during the Second World War, it went down as terribly as anywhere else. In Kruševac alone, an estimated 1,650 civilians and anti-fascist partisans were taken to Bagdala Hill and hanged between 1941 and 1944. Socialist Yugoslavia chose to commemorate this tragedy by building a public park, as it was their custom.

Opened in 1965 after a five-year construction period, Slobodište park is named after freedom.
At the entrance to the park, beside the road, a memorial museum featured exhibits dedicated to the victims of the German massacres. Visitors pass between two barrows, containing the mass graves, and go through a stone structure titled the “Gate of Death” before reaching “Valley of Life,” where other sculptures lie. The park is still maintained today. 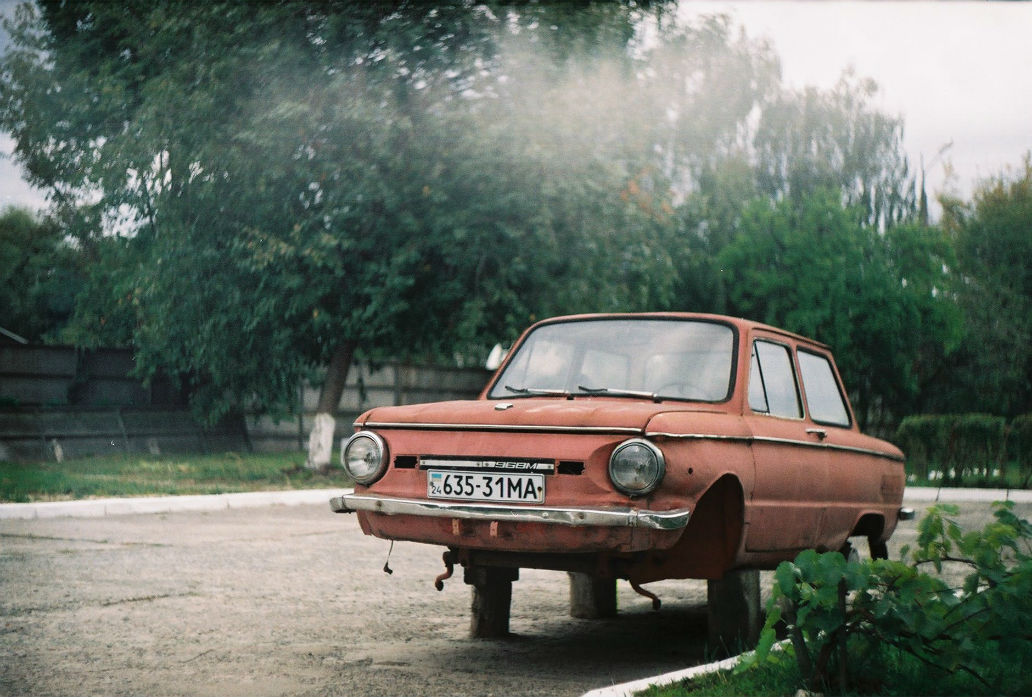 Arkutino School for Gifted Children was the brainchild of Lyudmila Todorova Zhivkova, daughter of Bulgaria’s Prime Minister Todor Zhikov. She wanted to collect muta- wait, no, she wanted to promote Bulgarian culture by building a school to house gifted children from around the world.

Lyudmila died in 1981, but her father wanted to continue her vision. The construction started in 1985, but the Soviet bloc was crumbling and the project was cancelled in 1989. The Arkutino school remains unfinished and offers great views of the sea. You can easily visit it if you stay at the nearby Arkutino Family Resort.

The road to free Macedonia starts in 1903, with the Ilinden–Preobrazhenie Uprising and it’s put-down by the Ottoman empire. 70 years later, soviet Macedonia builds a bizarre space fruit to commemorate it. It’s actually a building you can enter, too!

The Makedonium has massive stained-glass skylights and is now a symbol of statehood in North Macedonia (that’s how the country is called after the deal with Greece – no more FYR Macedonia). To contrast, you can go see the medieval town nearby!

The end of World War II ushered in the Cold War and the nuclear age. Naturally, the leaders of nations sought places to hide from the nuclear armageddon. Bunker-42 was to be Stalin’s hidey-hole under Moscow, where he could continue to be the worst communist even if someone opened canned sunshine above/

More than 50 meters (165 feet) underground to withstand the blast, Bunker-42 had to be built beneath Moscow without damaging the infrastructure and thus alerting the public and spies. It was only completed in 1956 and used as an air command base until 1986. Today, you can choose one of many tour packages that will allow you to visit the Bunker! And since Sheremetyevo International Airport boasts outstanding on-time performance, you can be sure that your trip wouldn’t be interrupted by disrupted flights!

Enver Hoxha was a Soviet Albanian leader who kept Stalinism going long after Uncle Joe died. Pyramid of Tirana was designed by his daughter and son-in-law to keep his legacy alive. Nobody really wanted to do that post-1991, so became a convention center… then a military staging area… and finally a television station.

So while an independent broadcaster still claims the Pyramid as its home, the local government has tried to have it demolished a few times. Unsurprising, really: it’s not only a reminder of a terrible past but also an unsightly building by itself, what with all the looting and vandalism that happened with the changes of ownership.

Luckily for you, if your trip to any of these destinations gets interrupted by flight disruptions, you can likely claim compensation! Flight operating within EU, arriving in EU from somewhere else on an EU-registered airline or leaving EU on any airline at all are covered by Regulation (EC) 261/2004. So if you face flight delays or delayed flights (or even overbooking) on your trip to see the bleached bones of the Soviet Bloc, claim compensation via Skycop.com! With compensation sizes of up to €600, you’ll be able to afford so many Lenin pins!