7 Most Impressive Old Towns to Visit for World Heritage Day

Old towns are the most visible heritage that we have. And today is World Heritage Day! What a coincidence! With that in mind, Skycop invites you to celebrate some of the most beautiful old towns around the world!

Manarola is not a knockoff cellphone brand. Rather, it’s one of the Cinque Terre towns on the Italian coast! Much like its 4 brothers, Manarola is a terraced settlement, with homes clinging to the sea-side cliffs. And they’re oh-so colorful! However, Manarola, like any good old town, is inaccessible to cars – you can drive to the town, but you’ll have to explore it on foot!

Avignon! The name itself evokes knights and castles. So if you want a dose of Medieval in your life, going to Avignon is like jamming a needle into your vein and punching the plunger. From the Papal palace – that is more castle than you can handle – to the remains of Pont Saint-Bénézet bridge, you can hardly get a better experience outside of a time machine. Hey, even UNESCO thinks it’s cool and the town center was declared a world heritage site some time ago.

Pingyao’s official name is “Pingyao Ancient City” and that’s saying something in China, which is super old. The town itself is a reserved image of a Chinese settlement that evolved during the Ming and Quing dynasties (so the last 600 years). If you want to see “medieval” Chinese town with an amazing set of walls, you can’t go wrong with Pingyao. 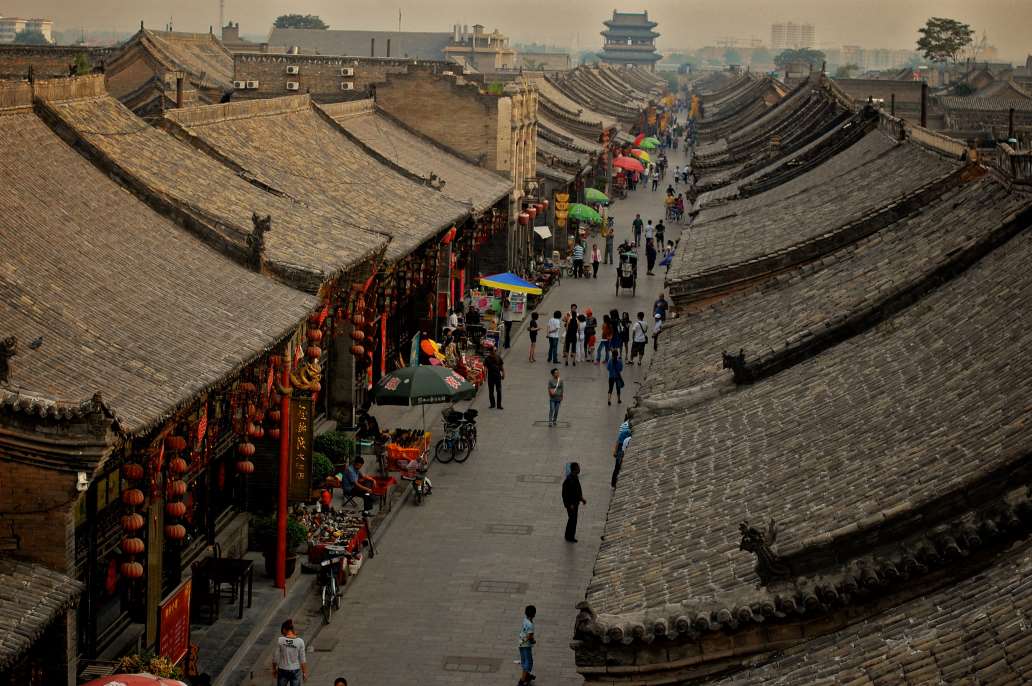 Photo by timquijano. Distributed under CC BY 2.0

Prague’s old town can hardly be beaten when it comes to eye candy, but it’s not the only thing to see in ol’ Bohemia. For a change of pace, why not go to Cesky Krumlov? It’s a quaint old town with a castle that’s way too big for it. The old town center surrounding it is also a part of a UNESCO heritage site and presents you with a heady blend of Gothic, Renaissance, and Baroque styles of architecture. And unlike Prague, it’s not under a relentless tourist onslaught at all times!

UNESCO world heritage sites are fine and all, but what about an old town that conforms to its 16th-century shape? That’s what you can find in Marbella. Town halls, mayoral mansions, and churches aplenty show the passage of time as caught in architecture – which includes Moorish influences! The walls are still there, too!

There’s more than vampires and cheap movies to Romania, you know! For example, Sibiu is an amazing town that shows unique medieval influences. The old walls still ring the place. You can still experience how it was divided into the Lower Town and the posh Upper Town, itself organized around three gorgeous squares. It is said that the streets are uncharacteristically long and narrow for a Medieval town, which is something that a real old-town connoisseur will appreciate.

Have you been declared not snooty enough to enter Vienna? Then why not visit Hallstatt, which is the spiritual source of every image of a German town on a lakeside. It’s a UNESCO World Heritage Site, of course, and it’s amazingly beautiful. China even built a full-size copy of it! However, you definitely want to see the original.

But no matter what old town you’re visiting to celebrate historical heritage, you are in danger of running into a very modern problem: flight disruptions. The people who built those towns didn’t have to worry about flight delays, overbooking or cancellations. However, you can compensate for disrupted flights! Do it with Skycop and your compensation (of up to €600) will be some of the easiest money you’ll ever get. There are some quality souvenirs you can buy for that!