Movie buffs are known for their love of visiting locations where their favorite films were shot. What about those of you who are passionate about music videos, though? Well, you can find those places around, too. Here are some of the most famous music video shooting locations you can (and should) visit.

Gotta tick off that Beyoncé box for the article, after all. In this colab, the singing duo makes a stop at a diner where they get down to dancing (as seen at about 5:51 on the video on Gaga’s channel). You can visit that place yourself, as it’s found at the 4 Aces movie ranch at 14999 East Avenue Q, Lake Los Angeles

You might think that clubs appearing in music videos are nothing more than some film lots. You would be wrong. If you took your eyes off Rihanna in “Work,” you probably noticed that she (and Drake) was dancing at Real Jerk, a Jamaican restaurant in Toronto. Get down there and go to work on some jerk chicken!

This is probably the most iconic of Spice Girls’ songs, so you probably heard it a few times already, even if you’re Zoomer. And the hotel seen in the music video is nothing else but St Pancras Renaissance Hotel, which is a place that looks straight out of Warhammer 40,000 (or some building that has more ghosts than tenants). The good news is that even if you visit it post Brexit, flight compensation law covers flights leaving the EU on EU-registered airlines, so you don’t have to be too afraid of flight disruptions. 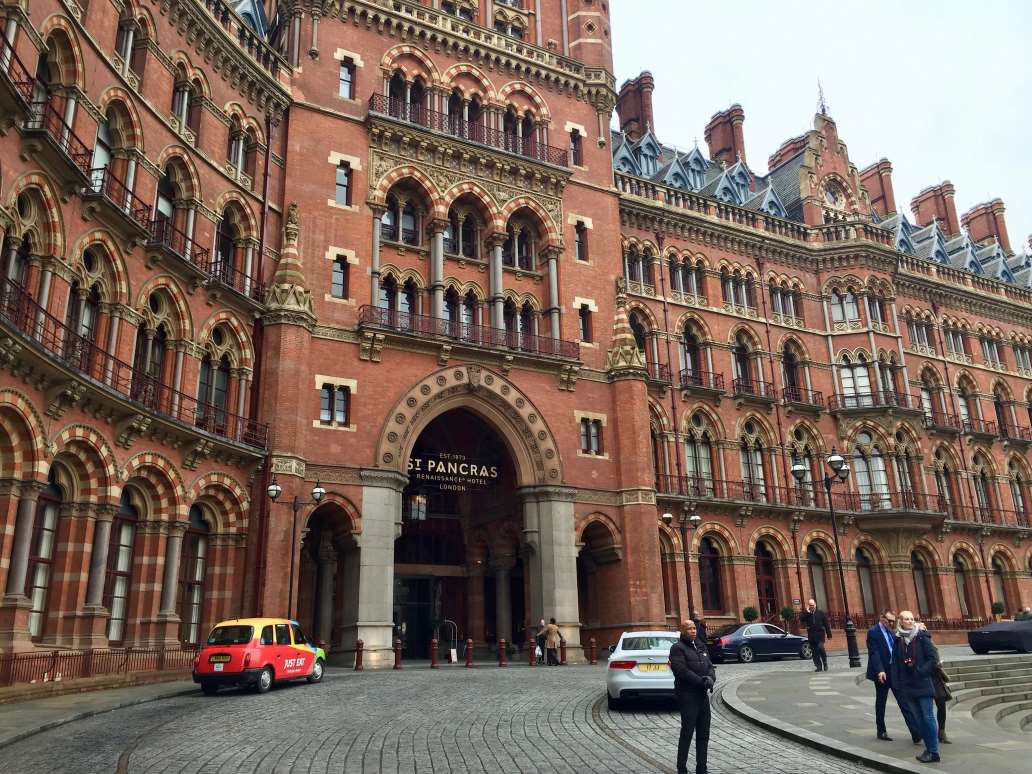 We all know that Demi Lovato would like to be cool for the summer, but she gets really cold in winter. And what way exemplifies cold tone more than a snowy mountain? That’s why her “Stone Cold” video was filmed in Park City, Utah. It’s a place known for national parks and ski resorts. As for the bath part of the video, that’s something you’ll have to find yourself.

3. “Centuries” by Fall Out Boy

Fall Out Boy did partake in some gladiatorial fighting, and it had nothing to do with Fallout: New Vegas. However, if you still want to visit the arena shown in the video, you can go to Fort Henry in Ontario, Canada. I’m sure the Romans would have tried conquering it if they knew it existed.

Lana Del Rey filmed her “Born to Die” video nowhere else but in France’s own Palace of Fontainebleau. This is one of the most ancient and prominent palaces in the country and you can visit it if you go about 55 km (34 miles) from Paris. You probably won’t see any tigers. Probably.

Justin Bieber is known for ruining internet humor when he burst on the scene. And he’s also known for attracting many silly fans to Iceland with his ill-advised stunts around Seljalandsfoss waterfall and the Jökulsárlón Glacier Lagoon. WOW Air might be dead, but you can still visit those magical places to enjoy them responsibly (unlike those Instagram junkies that are destroying a poppy field in California).

No matter where you go to get your music video fix, you should mind the possibility of flight disruptions. However, you should know that you can get disrupted flight compensation for flight delays, cancelled flights and – the most disgusting of all – overbookings. Compensation of up to €600 might be enough to make a world-shattering music video, but it’s something!