Coronavirus Outbreak: Will It Alter Your Travel Plans? What Health Precautions Should You Take?

As the outbreak of the deadly coronavirus in Central China is making headlines this month, many of us are worried not only of how much effect it will have on global travel but also if one really needs to panic about health risks outside of China.

A lot of us get a sense of déjà vu due to its incredible similarity to a massive SARS outbreak which took place in the beginning of the century. However, not only the geography and chronology of the outbreak sounds vaguely familiar. It is also the panic surrounding the matter that rings a bell here.

But there is still something different this time. The means of communication are much more advanced today – along with health technology as a whole – and there are more international travellers than ever. Not to mention that Novel Coronavirus (or 2019-nCoV) is something that nobody has ever dealt with before.

And as the whole world is mobilizing to activate all available capacities (with major airlines like British Airways, Finnair, Lufhansa, Swiss and Austrian suspending all the flights bound for mainland China) to take an emerging health crisis under control, the travellers worldwide are advised to take all the necessary measures of protection. So exactly which precautions should you take while travelling during the ongoing Novel Coronavirus outbreak?

Current data on the directions of international flight passengers from 10 Chinese cities with the busiest airports in the country serving intercontinental flights (Wuhan, Beijing, Shanghai, Kunming, Chengdu, Xiamen, Haikou, Guangzhou, Shenzhen and Hong Kong) gives us a clear picture as the table below shows the amount of passengers arriving from China to major European air transport hubs. Although the vast majority of cities with the largest number of travelers from affected areas were in Asia, some of the most visited cities happen to be popular European travel destinations. 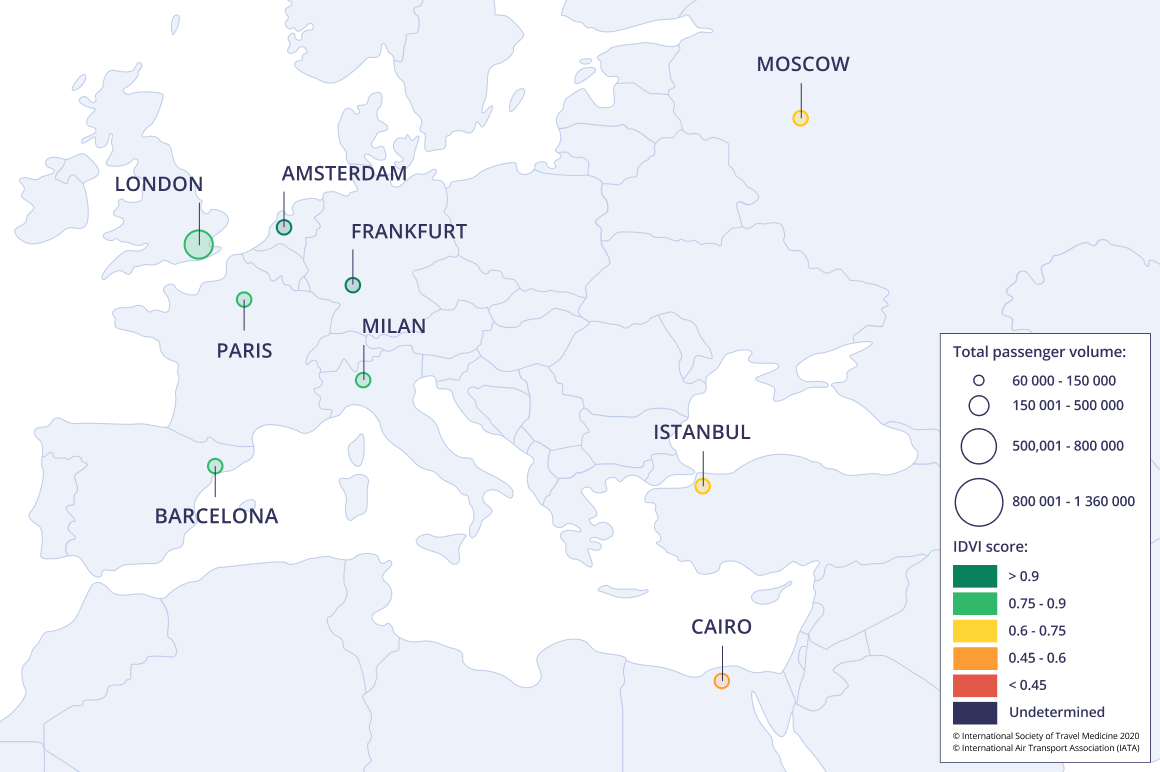 Here we can see European cities – such as Paris, London, Barcelona, ​​Rome, Milan, Frankfurt, Amsterdam, Istanbul and Moscow – that have direct connections to major Chinese cities while some of them just recently served direct scheduled flights to Wuhan. Statistically, in 2019 most of the passengers from here flew to London (Heathrow airport), Moscow, Rome, Paris and Istanbul.

Avoid all nonessential travel to China

At the beginning of the year, the initial reports regarding the spread of the new coronavirus could cause some concerns for those who already planned to visit China – and especially Wuhan City where the outbreak originated. On January 23, Wuhan – along with at least 15 other cities in the Hubei province – was put under quarantine. All domestic and international public transport to and from major cities in this region was suspended.

Not only buses and trains were halted. All the planes bound for domestic and international destinations were grounded until further notice across the whole province. More major cities across the country were about to follow. Every day new travel restrictions are imposed while the Hubei province remains the most contaminated at the moment. All intercity buses are suspended to and from Beijing from 25 January onwards until further notice. The next day Shanghai, Tianjin, Shandong, Xi’an, and Sanya all announced a similar suspension.

As a matter of fact, all nonessential travel to China becomes almost impossible with governmental restrictions allowing only the most urgent movement in more and more areas of the country.

Consider postponing your trip if you’ve already booked one

China’s civil aviation authorities along with railway operation regulators ordered the carriers to offer their passengers full refunds for their plane or train tickets without any additional surcharges. This policy applies regardless of whether a flight or train in question was about to go through Wuhan or not. If you were about to travel to or through China and your flight was cancelled, you can not claim disrupted flight compensation as such a situation is considered an extraordinary circumstance. But, of course, you are legally entitled to a refund and the air carrier is obliged to give you all the care you deserve in case of a flight cancellation which you were informed about less than 14 days prior to the scheduled departure date.

A number of local and international hotel chains and online travel agencies also allowed more flexibility in cancellations and changes – along with tour operators to follow.

While the estimates of different research facilities vary slightly, it’s predicted that an ongoing epidemic is about to last at least a few months with first potential vaccine tests on humans to be concluded no earlier than April – based on a scenario proposed by scientists. So it’s better to think of rescheduling your trip to China – if you were already planning one – at least until June.

The virus of 2019-nCoV has already spread beyond the Chinese borders with confirmed cases in areas containing major international transport hubs – including airports serving transcontinental flights. The United States, along with several European countries, including France and Germany, already confirmed that there are patients carrying the Novel Coronavirus on their soil. So as the danger is real, panic should be avoided and common sense along with usual precautions should be used while travelling internationally.

World Health Organization regularly issues updates on the topic, emphasizing that while travelling internationally (even if your path does not cross Chinese territory), it is crucial not to forget any of the usual precautions.

Such precautions include avoiding:

Most of the precautions should be taken while travelling internationally during the next few months are somewhat similar to all the advice we have heard about using any means of public transportation during the flu season:

Almost every European country as well as other nations taking care of major international travel hubs implemented extra security measures such as the installation of infrared thermometers and additional security screenings. Such means of public health protection are in no way a reason for any panic but rather give you peace of mind which is much needed in such turbulent times.