Do you know Estonia? It’s the country the most responsible for bringing us Skype, after all! And its capital Tallinn is a wonderful city. So much so that you should definitely give it a visit. The most fitting day to do is May 15th, Tallinn Day, but the tourist’s spots in this list are wonderful all year long! 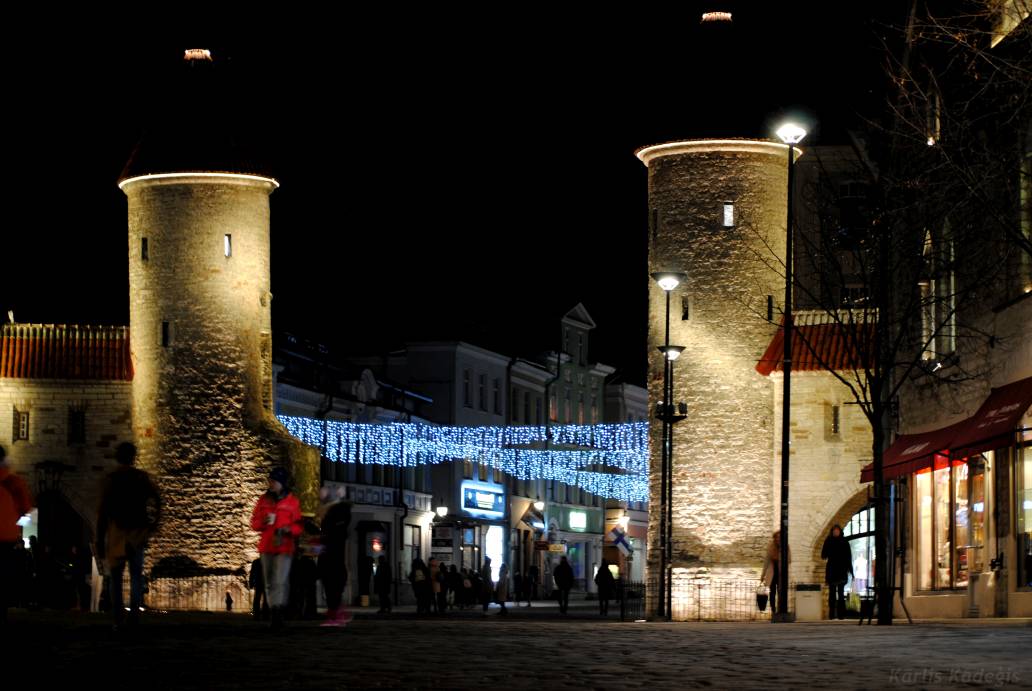 From 1549 to 1625, St. Olav’s church hosted the tallest building in the world. Built at least as far back as 1267 to serve the Scandinavian merchants settling in the area, it was eventually crowned with a 159-meter spire. It made the city easy to spot for the ships in the sea… and it was very attractive to lightning strikes, too. Today, the 124-meter spire is still one of the most iconic landmarks in Tallinn and can be accessed from April to October for an amazing view of the Old Town, the port and Toompea hill.

Lennusadam can also be called “Seaplane Harbour,” because that’s what it is – or used to be. Built as part of Peter the Great’s Naval Fortress in 1916-1917, they were some largest concrete shell structures to have been built on that date. Today, the hangars serve as a military museum, displaying, among other things, the Lembit submarine, which was built by the Brits for Estonia and served for 75 years (making it the oldest serving sub) before landing in the museum in 2011. And yes, you can climb inside!

The name just slides off the tongue, doesn’t it? Nevertheless, the Baroque palace is more than worth visiting. Built for Catherine I of Russia by Peter the Great, it’s a magnificent place surrounded by a park that is no less worthy of attention. More than that, the place now houses the foreign collection of Art Museum of Estonia, and you can see many pieces dating back to the 16th century.

On the other hand, maybe you’re already tired of seeing all the non-Estonian art back home, so why would you seek more of it during your visit to Tallinn? If that is the case, then you should totally visit the Kumu Art Museum. Voted as Europe’s best museum back in 2008, it displays the best pieces of Estonian art you can find anywhere. And it’s just next door from Kadriorg Palace!

The museums proudly boast 15th century’s finest artillery towers, some other, less impressive towers, as well as underground passages connecting them. Each of them is worth your time. The tower itself draws its name from the fact that soldiers stationed there could see into the homes of Tallinn’s people, observing their kitchens. The passages were used to move soldiers back in the day, as bomb shelters during WW2 and impromptu homeless shelters after 1990. There’s also the Carved Stone Museum: established in one of the passages, it tells the history of Tallinn via stone relics.

If you haven’t made enough selfies in the other spots, well, we saved the best for last. Open… basically whenever it’s the perfect place to go if you missed the open hours in St. Olav’s church (maybe a flight delay was involved). This super popular viewing platform provides amazing views of the city and you will be glad to have gone there.

So there you have it, a fine sampling of the best Tallinn can offer. It’s a wonderful city that you should visit at the earliest convenience. And if your trip waylaid by flight delays, cancellations or overbooking, consider Skycop! Our experts will help you claim flight compensation – just fill out the form and leave the rest for us. Flight compensations run as high as €600 – that’s enough money to buy a straight-up lethal amount of chocolate at the famous Kalev Chocolate Shop!