April is upon us! While summer isn’t here yet, it doesn’t mean that Europe isn’t brimming with activity. Here are some of the biggest European events in April 2019. Can you afford to miss any of them?

Big North Tattoo Show is an annual event, taking place for the third time. Taking place in Newcastle’s Metro Radio Arena, it’s a family-friendly event that puts 300 of the best tattoo artists from around the world under one roof. And the ink isn’t only thing flowing here. Big North Tattoo Show will also host fire, magic, music and comedy performances, an alternative market, awards, food, bars and a retro game arcade!

This International Jazz Festival is big enough to straddle two months. Happening for the 44th time, it’s slated to attract about 30,000 jazz fans (and probably a few “jazz cigarettes”) to the Swiss city to listen to some tunes. More than 200 acts are planned to play during the duration – you just need to decide when to go. With a festival so widespread, you’re unlikely to be late even if you experience flight delays!

The Swiss city of Bern plays host to its annual two-month-long jazz festival from March 12 to May 18. A wide selection of local and international musicians appear in more than 200 individual concerts. Each year 20,000 jazz fans go to Bern to witness the spectacle.

It’s time for you to visit Budapest and get some classical entertainment in you. Over 120 activities and events encompassing classical music, opera, and jazz as well as opera, ballet and theatrical performances await you at 40 venues! Don’t miss out on the Budapest Spring Festival!

Nuremberg is good for more than sentencing Nazi war criminals to death! For example, the Spring Volksfest is one of the biggest yearly events in Bavaria. Celebrating Franconian culture, it’s a two-week-long flurry of beer and sausages. Brass bands and parades follow, and the children can partake in Easter-related events, too. 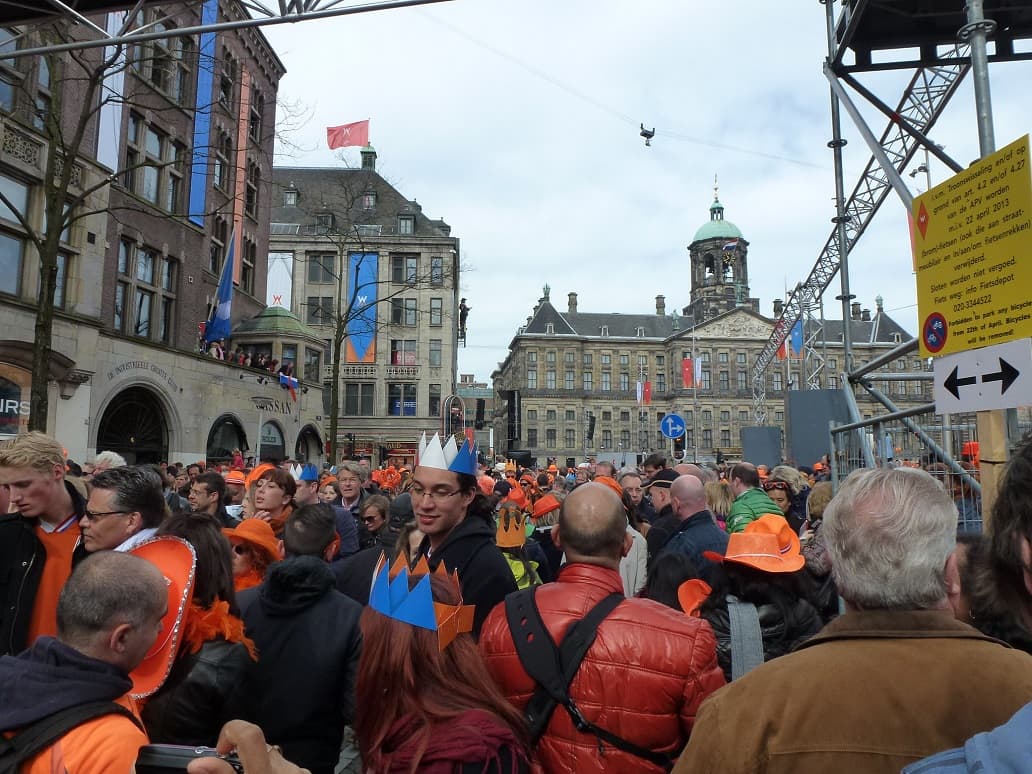 Photo by tacowitte. Distributed under CC BY 2.0

If you don’t live in a monarchy, it’s your chance to get whiff of feudalism and dress in orange. The King’s Day – previously Queen’s Day – celebrates the birthday of King Willem-Alexander, the current ruling royal in the Netherlands. The fanfare is real, and you can see markets, parades and other events aplenty. Arrive early to lessen the possibility of a flight cancellation ruining your fun.

Since people believe that April 30th is the night of witches gathering at the top of Brocken mountain of Germany, the Catholic Church established the feast of Saint Walpurgis on that day to ward off hexes. And feast people did – and still do. Whether you go to Thale, the closest city to Brocken (and the one to benefit the most from Witches Night-related events), or some other place in Germany, you’re bound to run into some sort of festivities that incorporate witches and fires – usually at the same spot!

Send off Easter with a literal bang in the Scoppio del Carro in Florence. The name of the fest is literally translated to “Explosion of the Cart.” It’s an event that sees a fuse lit by a cardinal at a cathedral while the people sing “Gloria in Excelsis Deo” and an ancient cart explodes with a pile of fireworks. You’d say it was made up if you saw it in a death metal video, but no, it’s an ancient Catholic tradition!

Of course, spring might be festive, but flight disruptions never sleep – they only mess with your schedules. Therefore, there’s a chance that you will experience delayed flights or flight cancellations while going to one of these events. In that case, have no fear, Skycop is here (even in your phone, if you have Wi-Fi). Claim flight disruption compensation via Skycop and get compensated for your troubles!